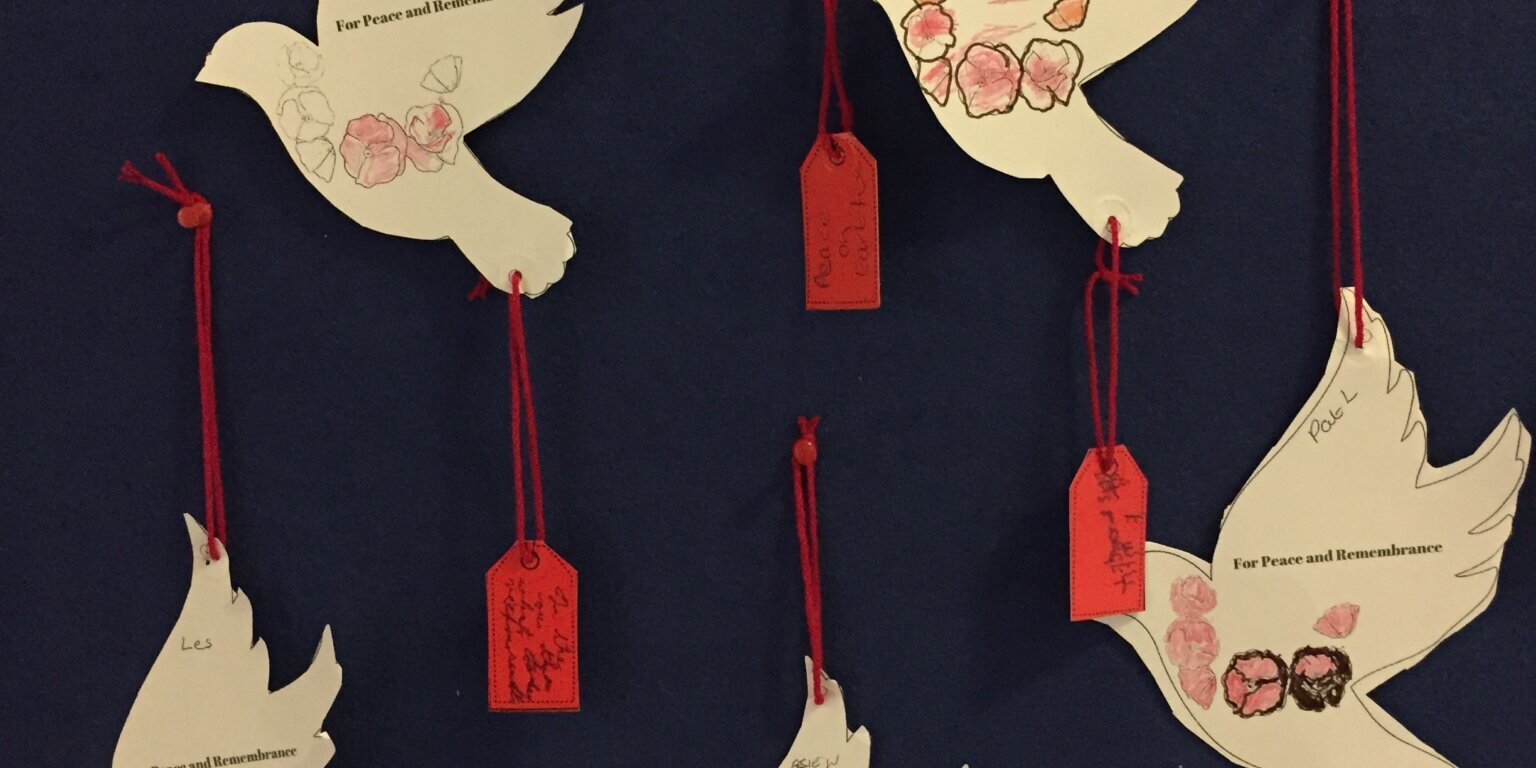 Today the residents at our #Beverley care home, Figham House, made Peace Doves as part of their tribute to Remembrance Day.

A dove by Pablo Picasso, one of the most influential and prolific artists of the 20th Century, influenced this particular activity.

In 1949 Picasso’s dove was made a modern symbol of peace when it was chosen as the emblem for the World Peace Congress.

Over the years, Picasso simplified the original lithograph printed shape of the dove by creating line drawings in a series of dove paintings he did over his artistic career.

Figham House residents cut out doves, coloured in poppies and added a peace message; a wish for the future or the name of someone who served in the forces to the tags.

The activity provided physical benefits by increasing dexterity through manipulating materials; emotional benefits, as the positive activity celebrates remembrance and; social benefits as it provided the opportunity to work towards a group display.

As Elsie was colouring the poppies, she spoke about her father, who was at Dardenelles in WW1. He was in the trenches that were filled with water and couldn’t get out. A German pulled him out. Elsie added his name to the tag.

Maurice spoke about when he worked on the power lines and how he could see a field of poppies growing.
Maurice’s peace message was “Let’s hope this is a lasting peace.”

Everyone at Figham House says thank you to Creative Paths CIC for providing this activity in their November Resource Pack.